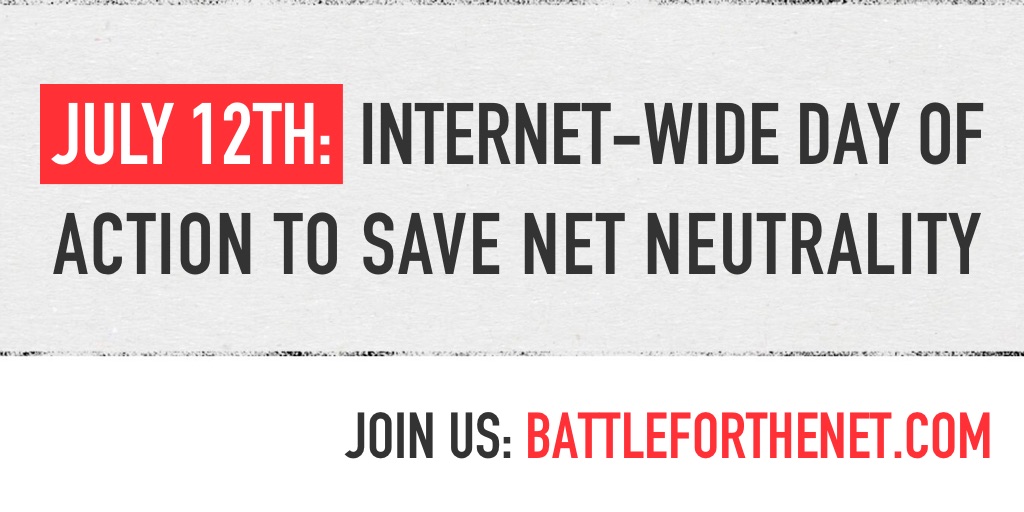 Battle for the Net: The Future of the Internet is Up to Us

Battle for the Net will take place on Wednesday, July 12 this year. Battle for the Net is a day of action organized by Fight for the Future, to protect a free and open Internet. Battle for the Net’s goal is to protest the repeal of Title ll Net Neutrality guidelines, currently being threatened by the FCC. As we’ve written about many times before, we are strong proponents of an open Internet, and an Internet experience in which users have choice and control, and monopolistic market conditions cannot persist. We’re banding together with a group of other companies and groups to fight back against the FCC’s proposal to remove these regulations.

Although we’ve long been saying that net neutrality is a flawed solution and advocating for the ideal solution of open access, in the interim we still want to support the regulations in place as they are better than no net neutrality regulations at all. That’s why we’re excited to support Battle for the Net! We hope you’ll join us in standing up for a free and open Internet, too. This has the potential to be one of the largest Internet movements to-date, so it’s essential as many people participate as possible!